Did you know that movies can positively impact your life? If you’re watching it within the limits of course. They can trigger your emotions, and people usually say that laughing or crying is the best medicine. A good movie:

What could be better than knowing all your home chores are done and now you can grab some goodies and enjoy an interesting movie? We recommend you to watch our selection of the best IT movies.

This movie is about a talented programmer, Nick Hathaway. He is serving his 15-year prison sentence, but circumstances make the authorities to release him early because he is the only one who can save the world from tragedy. When he was young, he created some computer code that fell into the hands of villains, which led to an attack on a nuclear power plant in China. Nick finds himself inside the U.S.-China dispute. Now, to preserve his freedom, he will have to find a thief hacker who threatens the security of all mankind.

James LeBron dreams of his son becoming a professional basketball player. However, the boy likes computer games more. They were arguing as they usually did, and all of a sudden an artificial intelligence portal appears in front of them. Now they are trapped and the thief decides to kidnap the boy. LeBron, along with the Bugs Bunny team, must win a basketball game to save his son and safely return to reality.

Caleb works as a programmer. He’s got the opportunity to visit the scientist’s house, where he gets to test his invention, a female robot named Ava. The inventor of this artificial intelligence lady wants Caleb to check whether she is capable of thinking like a real person. The more he communicates with her, the more he understands that the inventor hides something very important. What exactly is he hiding? Watch the movie to find out.

The year 2045. The world turned into chaos and collapse. Wade Watts, like all other people, has nowhere to go except for the Oasis – the world of virtual reality. His adventures begin with a competition in which he has to find an Easter Egg hidden by the creator of the Oasis. Whoever finds it first receives tons of money and complete control over virtual reality itself.

The main character is Mark Zuckerberg, founder of Facebook. The action takes place in 2003 when Mark was studying at Harvard University. He creates a website to revenge his ex-girlfriend and then the Winklevoss brothers offer Mark to work together on some project. He agreed, but later he secretly creates a network that we all know as Facebook today. The brothers sued him, accusing Mark of stealing their idea. Now Mark gets enemies and the path to success becomes more and more difficult. The film reflects the history of the creation of the social network and the difficulties that Mark was facing.

Almost every Thursday our specialists are watching movies in the office. If you’re a movie lover like us, then we invite you to join the family. See the vacancy page. 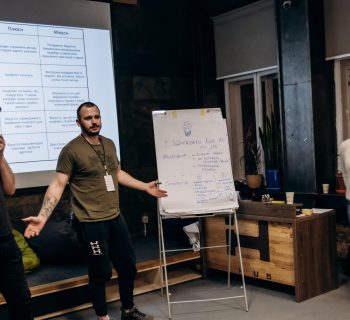 How to Become a Senior iOS Developer? 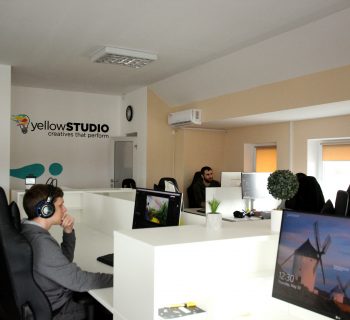 We continue to grow fast and now the 5th floor of our Israel IT Hub is open.