Israel IT is a company that employs professionals not only in the field of information technology, but also in many other areas. Our people have fascinating hobbies, and they are eager to share them. That is why we decided to create the “Israel IT People” project, where each of our specialists shares what he/she does in addition to working in the company. This time we spoke with Solomiya, a video analyst at Israel IT. She has experience as a zoopsychologist and dog groomer. Solomiya shared useful information on raising and treating a dog. If you have a pet, then this interview will be extremely useful for you, because Solomiya answered the questions that many dog ​​owners have. Let’s go!

Solomiya, tell us about yourself

I have been working at Israel IT as a video analyst for over two years, holding a team-leader position. Before that, I worked with animals, to be more specific, with dogs. As to interesting facts about myself… I really love animals and nature. I love reading books, spending time actively, and riding a bike. And also, I am fond of meditation.

What is grooming, and how did you start doing it?

At first, I studied to be a veterinarian and planned to be one. But after some time, I realized how difficult it was and wasn’t sure if I could handle it all. However, I wanted to continue working with animals and chose a different profession, namely, a groomer. It’s like a hairdresser, but for animals. There are two types of groomers:

I was working as a groomer for three years. During this time, I realized that there should be a special approach to each dog. They, like people, have their own character and different perception of the world. Dogs get stressed when it’s time for grooming. That is why I had a question: “how to make this process comfortable for the animal?”. I started taking courses. My first course was pet sitting. This profession involves creating conditions for a dog in which it can be without its owner and learn to communicate with other dogs. There are certain places where such sitters provide their services. It can be a hotel for dogs or shelters where people leave their pets when they go on vacation. Then, I became interested in the psychology of animals and took a course in zoopsychology.

This is the science of understanding animals. They don’t speak, so the only way to understand them is through body language and gestures. I studied and lived in Poland for some time. After returning to Ukraine, I worked in a grooming salon and started to develop the topic about hotels for animals and pet sitting, because it is not very common in our country. I know that there are such hotels in Kyiv and Lviv. Regarding schools, there is a “Pets&People” school in Kyiv. This is a dog training school, but they also teach zoopsychology. In general, this is a science where the concept of human dominance over animals completely disappears. Any rudeness regarding the behavior of animals, the use of electric collars or beatings are unacceptable. Such schools teach how to properly raise dogs, establish a relationship with them and find a special contact.

How can you find out that the dog is stressed?

The only way to communicate with an animal is to look at its behavior and body language. A person can send certain signals to a dog, but you have to be careful, because the dog may interpret these signals differently than you do. For example, when the dog is afraid or nervous, what is your reaction? People often want to hug, snuggle and comfort the dog. But for them, such a gesture is only confirmation that there is a threat. Your best signal would be to ignore a dog. Just turn your head to the side, this will help the dog to calm down. Dogs behave the same way among themselves. When they meet somewhere in the park, they don’t go head-to-head right away. They tilt their heads a little or sniff the grass while looking at the other dog from the side. This is a kind of “I’m not a threat, everything is fine” signal.

With what problems did people usually come to you?

One of the most common problems people have is walking the dog. Often, they pull on the leash and break out. But not only that, dogs can be aggressive, bark at neighbors and don’t get along with the cat at home. Or it is difficult for owners to train their dog to the toilet or to wean it from biting furniture. A zoopsychologist knows how to find that contact with an animal and help them.

Can you train the dog at any age, or is there a limit?

Dogs are lifelong learners. You can train a dog that had just terrible behavior. However, if we are talking about some serious disorders, then this is already connected with nature and is beyond our control. All we can do is learn to live with it and respond appropriately. And in general, absolutely everyone at any age trains. Everything else depends on the breed. Some study well and some not. Poodles, fighting dogs, border collies, and golden retrievers are best at training. It is important for them that the owner praises them, then they will do everything. Small breeds are the most difficult to train.

Do dogs have depression?

Dogs feel the whole range of emotions that we feel, but at their level. Dogs can have depression, and it can be related to various factors. One of these factors is that the dog does not fulfill its needs in life. Animals should be allowed to do things that are laid down by nature. Even if it is a small apartment dog, you have to understand that it is a predator. He wants to run, push a toy, or hunt. In addition to physical exertion, the dog needs to be mentally trained. It often happens that the animal looks sad because it does not learn intellectually. Depression in a dog can be caused by the owners when they often quarrel and shout. Practice shows that depression most often occurs after castration. I had a situation when a non-neutered dog was brought for grooming and everything was okay. Later, they brought me the same dog, but already castrated. As soon as I cut him, he would sit down and hide his butt. The dog was depressed and needed treatment. Castration is serious because it affects both the behavior and the mental state of the animal.

How depression manifests itself in dogs?

This is usually passivity. For example, you want to go for a walk with the dog, but it just reacts passively to it, and behaves not typically. Dogs may cry, hide, be lethargic and stop eating. These are all signs of depression. There is also aggressive depression. This is when you want to play with your dog, but it attacks you and growls.

Tell us about toys that help dogs to develop intellectually

There are a lot of them on the market, but not everyone in Ukraine knows about them yet. For example, a smart plate. It complicates the process of eating. It can be a plate that looks like a maze. You put food in it and the dog has to think about how to eat it all. Such a plate is especially necessary when the dog has eating disorders – malnutrition or overeating. There is also a popular toy Kong. This is a ball with a gap where you can insert food or dog pate. You throw it to the dog and it has to find a way to get food out from there. Thanks to such toys, the dog turns on its brain and thinks about how to get that food. It is something similar to the natural process of a dog gnawing on a bone and trying to get to the marrow.

How to know if the dog is dangerous?

I love animals and always come to them when I see someone with a dog. You need to ask the owner if you can pet the dog, and even with one question, the owner can give you a lot of information about the dog and its character. If you are walking with a child and a dog, there should always be an obstacle between them. That is, it is better not to put the child next to the dog, stand between them. If the child is of a similar height as the dog, it may look like a threat to the dog. Especially when the child approaches the dog from the front. It is necessary to do it from the side, and not head to head. Also, you need to give the dog the opportunity to be the first to show initiative and be interested in you. Always be relaxed around animals and most importantly don’t run 🙂

Do you want to work in Israel IT? We have an internship program where you will learn from real professionals. Do not delay, follow the link and start the path to a brilliant career today! 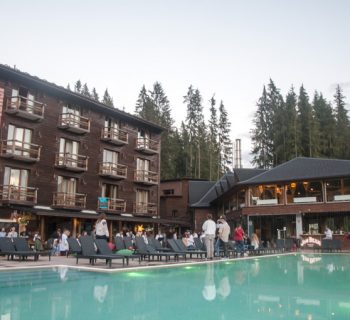 Team Building Under Quarantine Conditions. How Did We Do It? 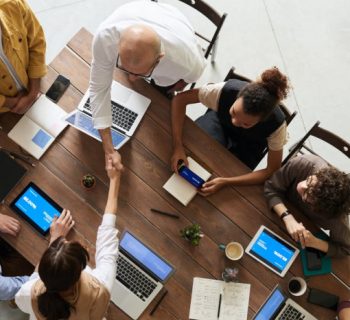 Is it OK to Quit Nowhere and How to Do it Right?