Building a career as a director requires painstaking determination and persistence. It is very difficult to cope with all the responsibilities associated with the creation of a film on your own. However, the hero of our interview proved that a combination of hard work and courage can do anything! Eugene Fedorov works as a motion designer, but for him, video and filming is not just work, but a real passion! He made a very cool documentary that everyone will see soon. While the film is not published, we will introduce you to the author, the plot and the filming process. Let’s go!

Eugene, tell us about yourself

I have been at Israel IT for 4 years. I’m 36 and work as a motion designer. I like to spend my time productively, learning something new and reading. Before covid and the war, I liked to travel.

Is there a director whose creativity inspired you to create a film?

Not this movie specifically, but I like directors such as Tarantino, and Jean-Pierre Genet, a French director who made interesting movies before. There are also certain popular directors whom everyone knows, and they had their influence on me during a certain period. In general, I have been writing scripts since 2014, it was my hobby. I tried to create something for America and Ukraine, but it just didn’t work, because I would write scripts and give them to someone who could do something with it. Then, I realized that for something to work out for me, I need to do it all on my own and be where the cinematography is happening. For America, it is Hollywood, for Ukraine, it is Kyiv. You can’t do all the work remotely.

Did it take long to create a script?

It took a lot of time not to create the script, but to rewrite it. Because at first you write a rough version, then you revise, rewrite, change or add something… In general, the script for the film “Beats” is not very long, it can be written in 2-3 hours. However, a lot of time was spent on editing and other things.

What is the plot of the documentary?

The film is called “Beats”. The plot is that the main character tries to return to the past and change the negative result of his relationship with a girl.

Where did the idea of the film came from?

What problems did you face while making the film?

The main problem was that I had never done it before and didn’t know where to start. I didn’t know where to look for actors, equipment, how to rent the premises and everything in that spirit. It was my first such experience and I understood how it should be done correctly in the future.

We were shooting all the outdoor scenes in one day, so I had to get all the actors, make-up artists and other staff together. It was quite difficult to choose a date and time, because everyone is working.

Did you have a fear?

I had a fear from the very beginning. You start doing, then you get emotional or get tired and want to stop. You start to ride on an (emotional) swing, especially when unexpected moments happen. I had a moment when about a third of the film disappeared, and I had to reshoot everything and renegotiate everything. For example, we shot on a bright sunny day, and when that part of the film disappeared, we had to look for the same sunny day again. It was October or November, and you know, this is a rare phenomenon.

How did you choose the actors?

There was no casting, but my friend recommended me a director from Lesya Ukrainka’s theater. We created the image of each character, and she selected the actors for me. I got their contacts and chose those who outwardly matched the images of the characters. We met, talked about the script and other details, and they agreed immediately.

How long did the filming take?

About 3-4 shooting days, one day we recorded the sound in the studio, and everything else is editing, music, etc. The process was stretched over several months, because I was preparing emotionally, or something didn’t always work out over time.

And what is the budget of the film?

You once said you wanted people to watch the movie multiple times. Why?

There, every detail has some meaning. In order to understand what the author wanted to say, you need to watch it several times. Looking only once, you do not always see and understand the whole picture.

What was your “muse”?

Ideas came to me during music. Especially when you go for a walk and no one bothers you. It is at such moments that you can immerse yourself in your thoughts and in me, for example, some images, plots and interesting ideas arise in my head.

What advice do you have for those who also want to start filming?

Write a script, because it is the basis of everything. No script – no film.

What motivated you and helped you not to stop?

Do you want to work in Israel IT? We have an internship program where you will learn from real professionals. Do not delay, follow the link and start the path to a brilliant career today! 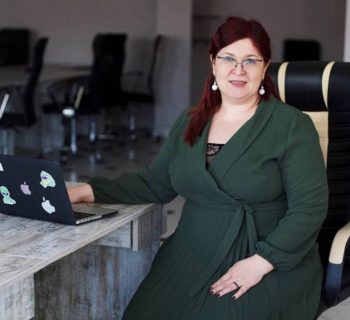 Who Needs a Mentor and Why