Interview from Senior iOS Developer in Israel IT, Volodymyr Ilkiv

I began to take an interest in IT back in the 9th grade, but there was no one who could explain the specifics to me or point out a certain direction. I remember how I just rewrote HTML code in a notebook. Later, I entered the NU “LP”, but again, there was no specialized training for programmers. After joining, I realized that the specialization “Avtotransport” at NU “LP” is not mine. Began to be interested in additional opportunities – training as a programmer. I wanted to know more, so I started attending various webinars, free courses (they were just gaining popularity then). After such an experience, I realized that this is really interesting to me, I would like to do it. There was little left to do – to determine the direction.

How to Start the iOS Developer

I started my journey with Java Script courses, then Front-end. Already at the end of the course, I decided to start looking for work. The first attempts were not entirely successful (experience is our everything). And yet, over time, I got an internship at a company that I worked with remotely (even before it became mainstream). They had their own platform for building bots, and at one point I realized that burnout from the specifics of this internship. Then there were completely random events that led me to iOS development.

I was just planning a vacation, coordinating something with a travel agency and I had to wait for a little – I decided to go to a cafe. I met my classmate there, who was showing his friend Swift. Well, I sat down next to them, drank coffee with them, and, of course, looked at the screen out of the corner of my eye. Interesting, stylish, promising. After returning from vacation, I came to the conclusion that I want to do exactly the development for iOS. Calling a classmate to a meeting to learn more about the specialization. He told me everything, gave me several resources for training, including free ones. It took me 2 months to learn all the basics on my own. Then the interviews began and my confident infusion into iOS development! Everything is in the best traditions – lack of specialized education, great desire, and self-education. All accidents are not accidental.

What Resources Will Help You Level Up as a

For beginners, I advise you to take a free course by Alex Skutarenko on YouTube. If you wish, you can master it in a few months, thanks to these lessons I learned the base. Of course, now the information is somewhat outdated, but Google will help everyone! Look for open-source Swift development articles on resources like Medium, Ray Wandelich, iOS App Dev Tutorials, Hacking with Swift and etc. Even if you have problems with English, do not hesitate to use a translator. So, something may not be clear, but big Google is always at your service. What’s greater about Swift development is the official documentation on the official website. Here everything is generally simple – you go in and read how much time and desire. I even now refer to this documentation, because very soon I will become a teacher at Central IT Academy and even here they have created a guide for Swift development teachers. It’s just space!

You should also not be ashamed of paid courses, because it is there that you will be told about real cases and given a template that you will need to supplement yourself.

Apple’s similar approach to its code indicates only that iOS development will only develop and develop, that is, in the near future, developers will not be left without work. This is a plus because it is about stability. The iOS community is only growing, even I ironically bought an iPhone and went into iOS development.

Even if you do not know English perfectly and you are hired, do not rush to relax. Sooner or later, the need will become very acute, because the client really wants to know and communicate with his team. Therefore, do not neglect this question, they say, “and so it will do.” It won’t do! Without a good level of English, you are unlikely to become a senior, tech lead, or team lead. And everyone wants to have a career.

Improve your emotional intelligence and learn to communicate politely with people. Empathy is also important. Especially when you perfectly understand the client’s feelings and can convey that his product is in good hands.

Don’t exaggerate, but don’t underestimate yourself either. This will help you come to the right company and receive exactly the reward you deserve.

If you have already decided that iOS development is yours and have a good knowledge base, then follow the link to the page of the internship program from Israel IT! Here you will receive your first work experience, support of a mentor and, if successful, work in IT! We are waiting for you. 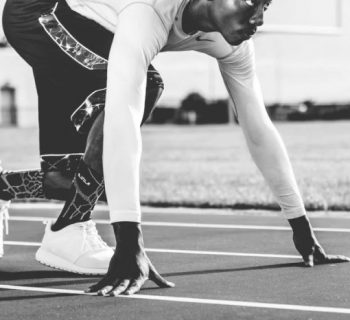 To be in Time for Everything! Four Horsemen of Efficiency 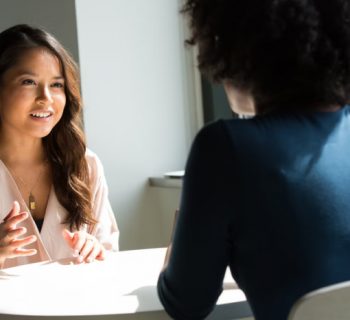 How Does Recruiter Determine that the Candidate is Interested in the Vacancy?