Attention to Every Employee

I was very impressed by this company’s value, and who does not want, at least, work problems to be taken into account and offered solutions? It was this value that “bribed” me and I breathed out “Well, that’s it, now you can count on understanding!”, but it didn’t work… I understand this value this way – I have a problem or just a question that I need with whom to solve, for example, with HR, I come with this problem, describe it and offer me solutions. Frivolous troubles happened regularly, but I tried to solve them on my own, but for the first time (as it turned out the last time) I decided to ask for help. The last time I faced a violation of this value was when the next month ended and once in the same period, a large project was completed, on which I had been working for almost 8 months. I think there is no need to explain what the completion of a major project is because it is almost always “jumping on the last car”. The client was ready to postpone the completion of the project for another month, but, as it turned out later, the next client was already knocking on the door, with whom they agreed to start the project immediately after the completion of the previous one, of course, no one told us about this in advance. I, and the whole team, was ready to work overtime. Some even stayed in the office to sleep, if before we worked on average 8-10 hours, then last month we worked 14-16 hours. We completed the project on time, the client was satisfied, but we, after receiving the salary, were not very happy. The salary was, as in the past months. And reality began.

When our overtime no one even thought of paying as needed, everyone began to “whisper” during coffee breaks, but no one wanted to solve the problem. The face of managers is “brick”. But why should I, in fact, the performer, have to pay for the “sins” of managers who formed the wrong development strategy and, in the end, I (read the team) had to overtime for the whole month, hardly see my family, forget the word “rest”? I first turned to the manager, who replied something like “It’s your fault because all these 7 months have not been worked, so you paid.” I am sorry, but this is a complete fiasco! This doesn’t work in IT! If we had not worked for the previous 7 months, then no one would have kept us there but would have released and hired new specialists. With round eyes, after talking with the manager, I went to HR. She said that this issue is within the team and I need to somehow resolve it myself – my eyes became even rounder. The very next day, I and two other people from our team quit.

Easy Infusion Into the Team

From a new job, you always expect a new cool experience, exactly better than the previous one. It should also be said that a new place of work is stressful. New team, new conditions, new tools, projects, and processes. Of course, you expect the infusion to be quiet and smooth. This was announced at the interview, I almost jumped with happiness. After all, it takes time to get a good understanding of all the processes and projects that you are not familiar with. And I was very glad that they would give it to me.

Already on the first working day, as soon as I was given all the necessary equipment, the manager came to me and gave me the task to make a banner in the style of a website… As for me, this is a bad decision, both for the manager and for me. Why? Because the manager needed banners to immediately put them into operation, and I needed time to at least learn and understand the style of the website. As a result, the “easy infusion into the team” turned into sheer stress and pressure from the manager. I didn’t have time to figure out the necessary style, the manager was constantly unhappy with the result and annoyed over and over again. I sent him each version almost with tears because, in addition to criticism, he also decided to accuse me of unprofessionalism. In order to prevent this from happening, please, let’s easily join the team!

In fact, in today’s IT environment, this value is very important! But it is equally important not only to write it on your website but also to follow it! I understand everything perfectly – projects, deadlines, meetings, but let’s not forget about the balance between work and leisure. That is, I believe that in a modern IT office there should be conditions in order not only to work but also to have a rest or engage in self-development. If a specialist is not fully resting, he or she is sluggish  (and the result of the work will be the same)! Looking ahead, I did face a violation of this value, but in Israel IT I finally saw and felt that this value was working as it should. But first …

Any employee’s nightmare is a job that very closely borders on slavery. Unbelievable, but it is a fact! On the first day, I noticed that my teammates, while playing ping-pong, run to the computer for 5-10 seconds and return to the game again. By the way, my “acquaintance” with the company accompanied by HR was planned after lunch. I noticed strange things that I couldn’t explain to myself, that’s how, with this ping-pong. Suddenly, “acquaintance”! HR tells the “rules” of the company and from time to time blushes and hesitates. So, are you ready? Let’s get our party started!

Work/rest balance, hey! Where are you? To me, it resembles slavery and bears little resemblance to a healthy work environment. I did not work there for long, only three weeks. I quit right after the manager called me “to the meeting” with a claim that the program recorded how I listened to music on YouTube… And all these conditions pressed terribly! This is not a job, this is an army.

What are the Company’s Values ​​to Look For?

First, there must be company’s values! If they are not there, believe me, chaos reigns in such a company. Then look for “humane values”, here, feel the difference – “not only work but also rest” and “work quickly and efficiently”. We at Israel IT have carefully created our company values ​​and are personally responsible for their implementation! See vacancies at Israel IT and become part of our team to see for yourself. 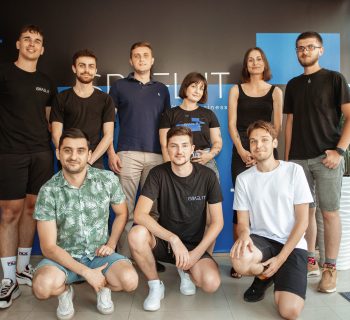 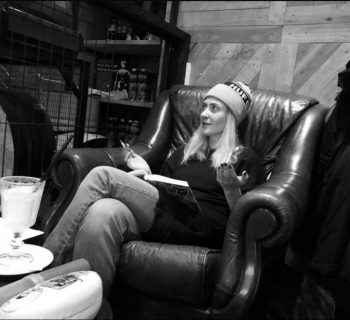 Should I Take IT Courses?